Software Interoperability in Steel Fabrication is a must for your steel plant to optimise its efficiencies in production and yield major savings on your steel purchases.

Come and see for yourself how the leaders in steel fabrication software and machine manufacturing interact together to make this happen.

We are particularly excited to have Mr Joaquim Fernandes, ASSENT (Al Shafar steel Engineering LLC) and Mr Othman Shashaah, Advanced Steel Works Co. Ltd both will provide an account on how their use of interoperable software has provided them with major benefits and a competitive edge in the GCC market.

Stay ahead of your competition and attend this seminar where you will see just how StruM.I.S software, Tekla and Peddinghaus can integrate together to provide you with the competitive edge required to succeed in reducing your costs and maximising your profits!

Seats are limited and are available on a first come first served basis. 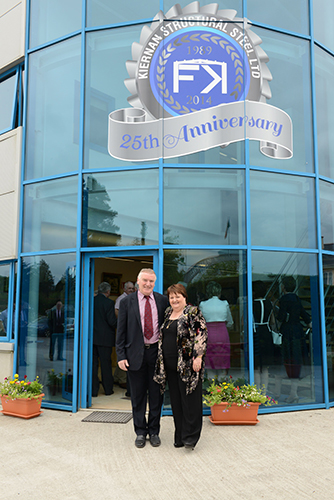 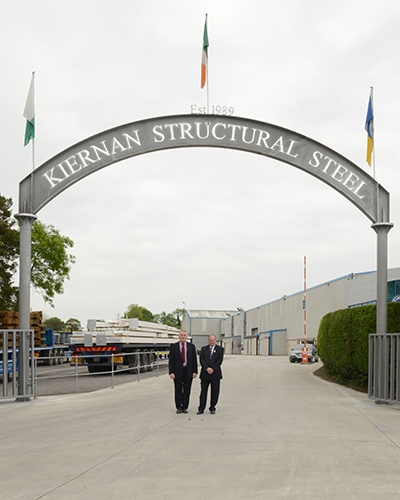 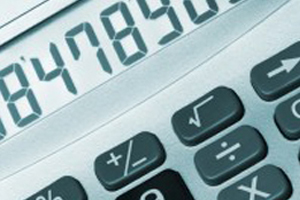 Tendering is undoubtedly a determining factor that can lead a steel fabrication company towards continued business success.

Bearing this in mind, a free webinar will be available for Estimators, QS and Commercial Managers to find out how StruM.I.S estimating can deliver accurate estimates with the additional benefit of 3D model integration for reduced errors and processing time.

This free webinar will concentrate on the enquiry and tendering module within the StruM.I.S system for steel fabricators that allows full fabrication process control. You can Tender for projects more easily, save time, increase accuracy and profitability with StruM.I.S, available standalone as StruM.I.S estimating or as part of a full management information system. 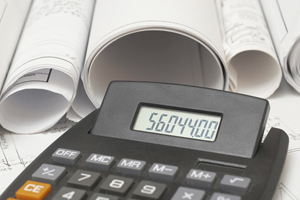 StruM.I.S estimating is an enquiry and steel estimating software tool designed to meet the needs of estimators, QS and commercial managers involved in the detailing of accurate tenders in the steelwork fabrication industry.

StruM.I.S estimating processes and manages information throughout the tendering process using a number of pricing methodologies. It also allows accurate and consistent estimates with the benefit of 3D model integration for reduced errors and processing time.

Some of the benefits of StruM.I.S estimating include:

Why not visit our website here to discover some of StruM.I.S estimating features and benefits. Alternatively, to watch a free webinar on our Steel Estimating Software please click here.

If you belong to an engineering and fabrication company, looking to implement a dedicated system for management of information across departments and multiple sites, then StruM.I.S is the way to go! 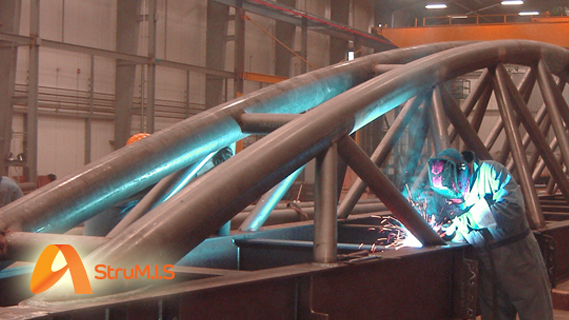 StruM.I.S is a steel fabrication management information system that harnesses the information flow and work processes through the steelwork contract between departments, suppliers and clients; from estimate tendering, through procurement and production into construction. StruM.I.S can offer you:

To see how you could purchase steel more efficiently, save materials and increase profitability, watch our free webinar here.

Essentials, AceCad Software’s new steel fabrication shop production system, runs the entire company, it is ready to use in no time with minimal training and can often be paid for within a month on material savings alone!

Commenting on Essentials, Richard Brotherton, the Managing Director at AceCad Software, stated; ‘We felt there was an excellent market for a low cost system that allowed smaller fabricators or indeed fabricators in need of IT systems to control their costs and run their fabrication more efficiently.

Therefore, we extracted the ‘Essential’ features out of StruM.I.S, our world successful fabrication management system, incorporated them in a user-friendly interface and placed it on our website for fabricators to trial it for a month. Essentials has indeed hit a note with significant numbers of company’s trialing, liking and buying it.’

The simple and user-friendly features have already proven to generate valuable returns on investment and sales have come from all around the world including Africa, Australia, Europe, Middle East, South America and the USA.

If you belong to a smaller to medium sized steel fabrication company and want to grow your business, then you too can benefit and compete using the same resource strengthening and workflow advantages that many larger organization enjoy from implementing StruM.I.S.

Or, to discover what our clients think about Essentials, click here. 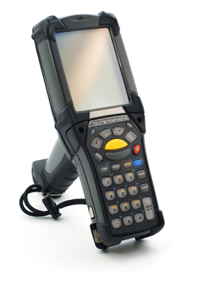 As StruM.I.S users they had already decided to extend shop floor feedback automation through bar coding for an optimised workflow and real time tracking. This implementation has been highly successful for quite some time and has shown real benefits in terms of processing steel through production efficiently and gaining the most out of the management  system; StruM.I.S.

Following successes in several large projects around the world, Genrec has become the main contract steelwork fabricator for a substantial domestic infrastructure project. This resulted in the need to develop their own onsite fabrication facilities alongside the creation of a lay down storage area covering an area larger than that of five soccer pitches!

The sheer size of this storage area created a number of traceability issues for both raw materials and fabricated items and as such Genrec approached AceCad to see if it was possible to create a way of implementing bar coding through StruM.I.S into a new onsite process to enable complete onsite traceability.

Following development work between Genrec and the AceCad team, StruM.I.S is now able to use the bar code tracking functionality through a specially designed interface to track all site movement of materials and fabricated items.

Originally, the brief given by Genrec required the ability to scan items into the Production Delivery notes to define that these items were leaving the fabrication facility and headed for the site. Once the shipment is received at the site, the items are then scanned again as a confirmation of receipt to ensure that they have not been lost during transit. On confirmation, StruM.I.S will recognise the location, including GPS coordinates, for easy onsite traceability throughout the entire construction process.

Speaking on behalf of Genrec a spokesman commented; ‘With StruM.I.S, we have a system that enables us to manage projects from start to finish. Now with the extended bar coding functionality and the automation that this delivers we are able to benefit from the system more and more throughout our projects.’ 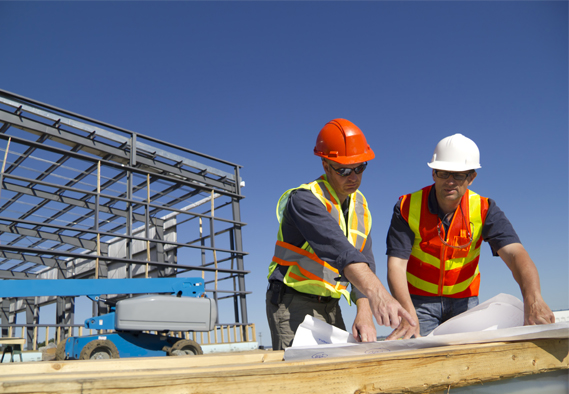 StruM.I.S integrates your structural steel procurement with live contracts and enables the management of suppliers, with pricing and nesting automatically completed and all costs allocated for analysis.

Structural steel construction businesses need to purchase wisely and efficiently to deliver successful returns. The structural steel purchasing function is critical and often complicated by multiple simultaneous project requirements. StruM.I.S allows the management of suppliers and integration of purchasing for more accuracy, less waste and ultimately to save you money!

Watch our FREE webinar to find out how purchasing using StruM.I.S could benefit your business:

Moving towards the end of a busy exhibition season, AceCad is pleased to report successful participation at several international events over the last two months.

Most recently at FABTECH in Las Vegas, USA, AceCad received an overwhelming response from visitors with our new Essentials product for fabricators particularly going down a storm. Similarly, record attendances were reported at our booth at The Big 5 exhibition held in Dubai, UAE. Considerable numbers of enquiries have been registered from across the Middle East region for StruM.I.S – our steel management system and BIMReview – our model review and visualisation tool.

Last month, partner collaborations with Tekla and SDS/2 at their user meetings brought notable interest in both our StruM.I.S and Essentials products for steel fabrication. Whilst our sponsorship at the BIM Summit event in Qatar generated considerable attention and interest in BIMReview, and BIMProject, our data management solution for BIM based projects.

AceCad is delighted that these events have provided us with the opportunity to see many of our existing clients and have also enabled us to meet and develop relationships with additional new prestigious clients.

CNC machinery automates many fabrication processes but imagine if you could accurately track the fabrication time that was spent on individual tasks, providing all of the relevant data that you would need to accurately provide a bid for future jobs. Imagine if you could do this automatically within a system! Making the task much simpler and easier to monitor and track production.

The StruM.I.S fabrication management system integrates with leading CNC machinery to deliver accurate automatic processing feedback timings to incorporate into future estimates. Thereby enabling fabrication companies to get ahead by understanding the resources available and true costs for accurate tenders at competitive prices, whilst still ensuring adequate profits are created.